Development
In the last twenty years, ecological sciences have experienced a remarkable development in our country, gaining increasing recognition within the Chilean scientific community and incorporating a continuously growing number of researchers educated both in national and foreign universities. Currently, the Society’s membership includes senior and junior scientists, and an important number of graduate students. It is a small scientific community in comparison to the large number of biologists affiliated to other biological societies in the country, but it is composed by highly productive researchers in marine and terrestrial areas.

Goals
The main goal of the Ecological Society of Chile is to promote and stimulate experimental and theoretical investigations leading to a greater development, progress and dissemination of ecological sciences in our country, and any other activity that results in the benefit of public interests. The Society represents the corporate voice of Chilean ecologists, both at national and international levels. The increasing public concern about environmental problems and ecological topics in Chile pose new challenges for the Society. The recent promulgation of a law addressing the use, management and protection of the environment, and the implementation of its regulations, and also a national policy for the environment will require the rigorous application of ecological knowledge based on proper scientific bases. Consequently, the Society could play an important role both in the development of the more professional aspects of ecology and in fields such as environmental education.

An important aim of the Society is to encourage communication among ecologists, mainly through the organization of an Annual Meeting that brings together scholars from different disciplines around the common theme of ecology.

Interactions
The Ecological Society of Chile and its members will welcome formal and informal interactions with scientific organizations from other countries.

Annual Meeting
Summaries of papers, symposia, and plenary lectures presented at the Annual Meetings of the Chilean Society of Ecology are published in the Noticiero de Biologia. 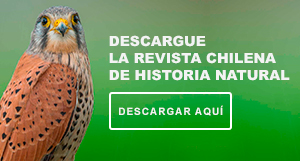